By Tigeraholic1
September 24, 2021 in Game Threads

I grew up listening to WJR.  That and TSN were my only connection to the Tigers.  I couldn't get day games, but the Reception was pretty good on clear nights.  At times I had to hold the radio a certa 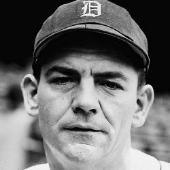 Hopefully next time Hinch has an itch to PH with Daz he'll use some Preparation H on it.