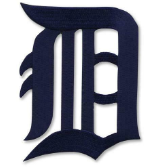 Here is the view from the rest of the world:  under the previous administration the control of your southern border was a humanitarian catastrophe.  The callousness and cruelty were beyond comprehensi

Of course, Trump has his hand-picked “the best people” around him to shore up his own cognitive disabilities. 😏

Election security is not voter suppresion. Nobody is being told they can't vote and polls are open longer. Its funny the democrats talk about wanting to save democracy but nothing will destroy it fast