By RedRamage
September 19, 2021 in Detroit Lions

A co-worker once told me the Lions should have drafted Johnny Manziel because Stafford couldn't take a team to the Super Bowl. I may get fired for creating a hostile workplace for this employee. 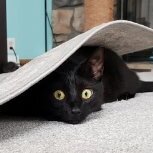